Dacia (ダキア, Dakia?) is a country in Eastern Europe. Its real-world counterpart is Romania. Dacia was the ancient Roman name for the region.

The Neuroi's invasion of Dacia was a country wide, hit-and-run style invasion, which was implemented on the entire country on their way to Ostmark. This sudden and intense attack resulted in the leveling the nations capital of Bucharest and implications that casualties of military personnel and civilian's was high, regardless of whether they were commoner or noble. Possible implications of the aftermath is that the surviving population of Dacia's national census may be at the level of population crisis.

Dacia's witches fought bravely and bitterly against the Neuroi's sudden attack, even despite the overwhelmingly dire and increasingly compounded, unfavorable odds that only got worse as time went on. It's also noted that among the Dacian witch units that had been defending the country, some of those witch units that survived what came to be known as the "Longest Fighting Retreat", the ultimate and somber decision to enact a final, full evacuation of Dacia; later formed the 505th Joint Fighter Wing. 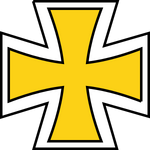