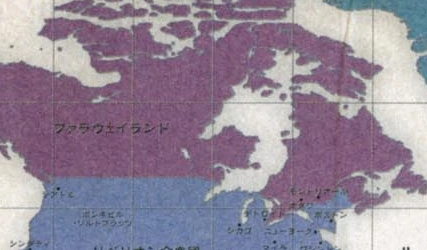 Faraway Land is a Britannian commonwealth that is analogous to Canada, located in the northern part of the North Liberion Continent. Next to Orussia, Faraway land it has the worlds second largest land area.

Listed cities of note of Farawayland marked on the world Atlas include Montreal and Ottawa.

Farawayland is one of the members of the Britannian Commonwealth; and is known to not only produce excellent witches but also sends a lot of its witches to Britannia to aid in the struggle against the Neuroi.

It's a relatively peaceful country and it's purported if an attempt of invasion is made by the Neuroi against Farawayland; it is an event that the nation would not allow.

The Royal Winnipeg Rifles regiment are confirmed as one of Farawayland's more well known military units.

The name is, perhaps, a reference to the Canadian province of Newfoundland.

Although they are from Britannia, the Bishop sisters (Lynette and Wilma) are based off relatives of Canadian WWI pilot Billy Bishop. Wilma, specifically, chose to join the Faraway Land Air Force instead of the Britannian Air Force, and trained there.