The Republic of Gallia (Republique galliaise) (ガリア共和国 ?) is a country in western Europe in the Strike Witches universe. It is analogous of France. In the first season of Strike Witches, it had been occupied by a Neuroi Hive which was later destroyed in Season 01 Episode 12, "Strike Witches" by the 501st Joint Fighter Wing.

Gallia boasts a national reputation as a civilized nation with a mild focus on agriculture. As of its liberation; the process of rebuilding its destroyed infrastructure following the retaking of the country is steadily ongoing.

Along with most European Nations, Gallia still retains an aristocratic/noble class in its society. One distinction however, compared to the other nations of Europe, is that the ties of the noble lineage of the aristocratic class to the nation's cultural heritage appear to be strongly vaunted and valued to a greater degree than average, or so it appears.

Gallia is a nation who's political leadership is zealously protective of the nations borders and national sovereign values, in particular the value of rule by nobility, which is viewed systemically as being the rule of orderly law. In contrast, values of democracy (at least as viewed and structured by a Liberion constitutional system) is viewed warily as "anarchic mob rule".

Because of the aforementioned protection of national values, certain military and government agencies of Gallia, such as the Gallian Intelligence Department and Gallian Espionage Department, are deeply protective of the nation and its cultural values to the point being willing to train to not only fight Neuroi threats, but to a lesser and clandestine degree, human threats as well. However, this fact seems to be one that isn't widely or overtly common knowledge, not even within most of Gallia's populace itself. Also, given an apparent multinational and multi-cultural taboo in the world against witches using their magic to kill people, Gallia's training of an undefined but implied small minority of witches like Chris Keera in anti-human warfare and combat, with its Intelligence Department even teaching such witches the use of tools like the garrotte and training them to view taking human life as acceptable in service of Gallia, shows a surprisingly dark stain on Gallia's government, even if only limited to its intelligence department.

Political tensions are apparently high in Gallia post-liberation, with around half of these tensions stemming from the existence of the 506th, and the fact it consists of a composition of both nobles and commoners working together. This is implied by the political leadership to be something of an ideological threat, one seen as "doomed to fail". The other source of political tension is found with the Gallian Intelligence Department and Gallian Espionage Department, once former partner organizations working together in the defense of Gallia, both have dissolved their partnership, and the latter contains an extremist faction that acts overtly against the former during the events of the 506th's story.

During its occupation by the Neuroi, one of the many Gallian "governments in exile" evacuated to Hispania, feasibly also alongside a number of the Gallian civilian population. 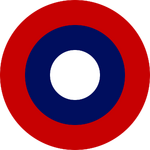