Hattori Shizuka (服部静夏) is a Witch from Fuso, attached with the Fuso Imperial Navy.

A 14-year-old officer cadet with a heart full of dreams and idealism. A student of Sakamoto Mio, she's a first-year at the Fuso Imperial Navy Military Academy. As she was born into a military family, she's had a sense of duty drilled into her from a young age. She lost her father early, and make great efforts to support her family by herself. She has good character, almost no combat experience, and sticks closely to rules and regulations. She harbors a naive admiration for Miyafuji Yoshika, and dreams of becoming a Witch like her someday.

She was able to meet her idol during the events of the Strike Witches Movie, responsible for escorting Yoshika to Europe so the latter can study medicine overseas, with the both of them setting sail on the Amagi. However, Shizuka completely disapproves of Yoshika's behavior on the voyage, first being shocked by the fact that Yoshika brought very little with her as a doctor, then dragging her out of helping with cooking and cleaning, stating that someone of her rank she shouldn't do such things.

After an accident on the Amagi starts a fire that threatens to destroy their ammo, and subsequently the ship, Shizuka attempts to pry open the wreckage to no avail, giving up as the senior officer trapped within orders the chamber to be flooded. Shizuka and the rest of the crew stand down reluctantly, watching as the bulkhead door begins to close, but are suddenly interrupted by a newly drenched Yoshika, who rushes under the door towards the wreckage. Despite saving the trapped crew member, Shizuka is furious at Yoshika's disregard for orders, and grows distant.

Following their arrival in Europe, and subsequent attack from the Neuroi, Shizuka is overwhelmed in her first real fight and knocked unconscious, later waking up to find Yoshika badly injured. Upon crying out for help, she manages to reach the 501st, many of whom are already en route to her location. Shizuka stays behind to watch as the 501st, as well as a newly recovered Yoshika, defeat the Neuroi mothership.

Following these events, Shizuka and Yoshika reunite, and their friendship is mended.

After the events of the movie, Shizuka travels with Yoshika to Helvetia, where the latter was invited to enroll in a prestigious medical academy.

Being raised in a military family, Shizuka has an inherent sense of duty, and is what some might call a stickler for the rules. She is considered a future Officer candidate, but her personality on the surface to inflexibly stick to the rules raised concerns, and there is hope that actual combat experience will make her grow up. She has a great distaste for those who don't act according to their station, though this has lessened after meeting Yoshika Miyafuji. Shizuka is confident in herself due to her strict obedience to the rules, resulting in her gloating in her first encounter with the Neuroi after destroying several smaller crafts. She is, however, able to acknowledge her betters, even referring to the 501st as "legendary" upon seeing them in action.

Shizuka has a good heart, and has been shown to jump into action whenever there are people in need of saving, though not with the same devotion as Yoshika. This readiness to help comes second to her orders, and she has been shown to, albeit extremely reluctantly, give up on saving someone if she is ordered to. Worth noting is that the person she was trying to save had given the order themselves, so it is possible that, especially after spending time with Yoshika, she may disobey such an order otherwise. 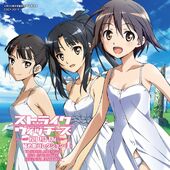 Yoshika and Shizuka in Gallia in Noble Witches light novel 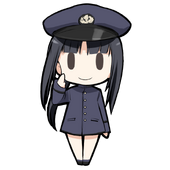