The protagonist of the Brave Witches anime, Karibuchi Hikari is a witch from Fuso and the younger sister of Fuso Navy's Karibuchi Takami. She is a member of the 502nd Joint Fighter Wing

Hikari entered Sasebo navy military school to become an aerial witch like her sister. When a replacement witch was needed in Europe, she volunteered and was sent to Europe as a sergeant for a logistics mission at Suomus's Kauhava base. At the same time, her sister Takami was assigned to the 502nd Joint Fighter Wing and sent on the same carrier as Hikari.

Due to a Neuroi attack, Takami was gravely injured and unable to join the 502nd. Hikari was later disguised as Takami by Gundula Rall and incorporated into 502nd.

Hikari is a determined and good-hearted individual who wants to prove herself to her team. She is slightly clumsy, especially when it comes to flying her striker unit, and is impulsive. She feels like she is in her sister's shadow, but also wants to prove to everyone that she has what it takes to be a witch.

She is also extremely optimistic, and tries to cheer people up when they're down, and Hikari is easily impressed by her colleagues. She is a quick thinker, and sometimes has creative solutions to solving problems.

As a consequence of her desire to follow in her sister's footsteps, to come out of her big sister's shadow and wishing to prove she is a capable witch; Hikari tends to be very stubborn and on occasion fool-hearty, sometimes to the point of being a bit bullheaded. Whenever she is told she can't do something or if given critique about her ability and capability's or lack thereof she does tend to feel challenged and in a bid to prove herself pushes herself hard, sometimes to the point of exceeding and even overextending her limits, at times to her detriment. That said, at times it's thanks to that stubborn pluck that she is able to turn the tables into her favor and that of her comrades, or even snatching victory from defeat or otherwise dubious odds.

One of her most prominent skills at the beginning of the season is her large stamina, managing to outrun even trained adult naval soldiers and her fellow witches. Hikari also has the ability to see a Neuroi's core, but must make direct contact in order to see it, which is why she is banned from using this ability, as it is extremely dangerous. The name of her special magical ability is called "Contact Eye." The time Contact Eye was used she was able to directly see and accurately pinpoint a Neuroi core upon activating her magic eye and touching the Neuroi in question.

However, what she has in physical stamina, she lacked in magical ability, as she was unable to even fly a striker unit with ease, as she lacked enough magic. She was also unable to walk across water without falling into it. This problem was addressed in episode 3, when she started training her magical capabilities by climbing up an obelisk using only her powers to retrieve a Military peaked cap. In the end, she managed to get to the top with the encouragement of a fellow witch, and was able to fly her striker unit fluidly.

Though despite her incremental, commendable improvements in her magic proficiency and strike operation, compared to her peers she is still somewhat below average; though thankfully she was taught how to work within her limitations somewhat to slowly and better compensate. 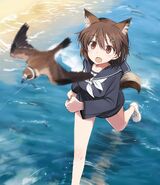 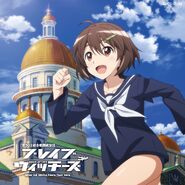 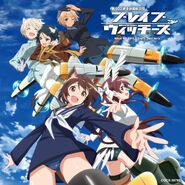 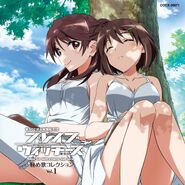 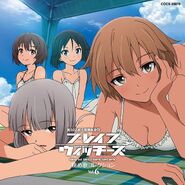 Add a photo to this gallery
Retrieved from "https://worldwitches.fandom.com/wiki/Karibuchi_Hikari?oldid=26389"
Community content is available under CC-BY-SA unless otherwise noted.