In the Strike Witches universe, the Empire of Karlsland (帝政カールスラント?, Teisei Kārusuranto) is a major power located in the center of Europe. In a sense, it is analogous to the German Reich.

A militaristic nation that is constantly in a pseudo-state of war, the social status of its military personnel is high. At the same time, it is enthusiastically nationalist, and, in part due Emperor Frederick IV's neophiliac disposition, it produces many high-performance weapons by means of technological and industrial prowess.

As a nation with a strong military heritage and culture, it considers discipline, martial training, and practical combat experience to be the important backbone of its military, and of the soldiers in its ranks. In fact, this is the case so much so that service men and witches in the Karlsländer Luftwaffe (Airforce) always have to write up combat reports in the most excruciating of detail; from who witnessed the attack, whether it was a fellow pilot, whether a unit on the ground confirmed it, and then details of how the attack progressed, the enemy unit's type, model number, number and type of shots fired, to armament on hand; every single detail for military reports is to be catalogued and recorded to even the most minute of details. An interesting detail that highlighted the seriousness in which Karlsland takes military discipline and practical combat experience is that, back in in the early stages of the Great War, it was often a common practice to see cadets placed in units that would see real combat action. Whether or not this example still holds true of the Karlsland Military in the Second Neuroi War is not yet fully clear..

Karlsland has been fighting against the Neuroi since very early on, and is said to boast the greatest military might in Europe. In the late stages of the war, it has become a crucial military power in mankind's Allied Forces. However, currently most of its territory has fallen under the control of the Neuroi.

Karlsland kept up with a desperate defensive war, but the military might of the Neuroi was overwhelming. When he concluded that it would be impossible to defend the country to the end, Emperor Frederick IV implemented Operation Bifrost, which had been planned for some time.

Operation Bifrost consisted of two operations - the Small Bifrost and the Great Bifrost. In the Small Bifrost, the imperial capital of Berlin was abandoned, and the residents in the area were led to escape from the Neuroi's predicted course. In the Great Bifrost, the entirety of Karlsland was evacuated, taking shelter in the Neue Karlsland that was under construction in South Liberion.

Afterwards, Karlsland began amassing its remaining forces and engaging into recapture operations. Karlsland was the first to do things such as forming Witch teams. Ironically, the reason why it can continue to deploy many Witches to Joint Fighter teams in various places is because it lost a country to protect.

However, unlike its real world counterpart of that time period, Karlsland has no Nazi Party and no widespread antisemitism. Due to some divergent historical details, including the presence of the Kaiser as its leader, Karlsland appears to be presented culturally as WW1 Imperial Germany (aka The German Empire) but transplanted into a 1940s era WW2 Germany in terms of technological capabilities, tactics, and uniforms.

The Luftwaffe is a monthly PR serial run in Karlsland. It focuses on popular and well known aces of the Karlsland Air force and their affiliations. 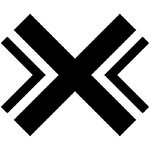