It is one of the two major countries that has not been invaded by Neuroi yet, the other being Fuso Empire. In contrast to Fuso, Liberion has relatively few Witches. This is likely because of its limited contact with the Neuroi, compared to other countries. Liberion plays more of a supporting role in the war, being mainly a supplier of goods for the war effort in Europe, much as America was for the Allies in World War II before the attack on Pearl Harbor. Liberion has a drastically different geography of the real world America, missing most of West Coast, the South-East moved inward, and the Eastern Coast downsized.

The nation of Liberion has a reputation for being an economically affluent nation and having a high degree of industrialization. Even before the outbreak of the war it also had fairly advanced naval and aerial weapons in its military, however as far as it's land striker technology at the time: it had lagged very far behind that of other nations. This was stated to be because of the fact that Neuroi outbreaks were purported to be 'rare' for a long time, possibly for the nation of Liberion in particular. However, once Liberion had become committed to the war effort with its innovation and boundless energy; the full might of Liberion's industry, science, and magic was brought to bear that it was said to be nothing short of breathtaking.

The currently known listed cities and locations of significant merit of Liberion, starting on the east cost, include: Chicago, Detroit, New York, Boston, and Washington D.C. Shirley's hometown of Myra and the Bonnivile Salt Flats are also present. However, the west coast is where things take as a point of interest, consisting of Seattle, the city of Long Beach (basically Los Angeles in all but name only), Toumika (San Francisco) and Shindati/Shindaty (composing of either northern California or southern Oregon, or alternatively a transplanted Sacramento or Portland or perhaps even some combination thereof, though determining exactly which it is difficult to definitively ascertain).

Judging from the fact that Toumika is a name of Fuso origin, indicates that the region of the city was established by Fuso in some point in time. While it can't be said exactly when Fuso settled Toumika, it's supposed that the fact Fuso didn't adopt any sort of isolationist policies as a nation and became a world trading power may have been a factor. As for the why; it was likely to help establish and promote a strong trading relationship and general commerce with Liberion. With this in mind it's likely that Toumika and Shindati posses a strong Fuso influence and cultural demographic in these cities and to some degree along the East Coast of Liberion.

Their nation's insignia appears to be a blue star inside a white circle. Its name and flag are also highly identical to the African nation of Liberia in the real world, especially the Liberian custom service flag. 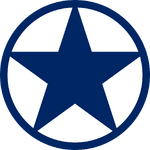