Ostmark (オストマルク ?) is a European country in the Strike Witches universe. Its real world counterpart is Austria-Hungary, although to a lesser degree it also include elements and territory of Poland, Serbia and Czechoslovakia. After the first appearance of the Neuroi near the Black Sea, Ostmark acted as a buffer zone, resulting in the creation of a line of defense near the Carpathian mountains. Various countries gave slight reinforcement to Ostmark by stationing squadrons to observe the situation, but they didn't engage the enemy. It fell shortly after since the country lay directly in the line of the Neuroi invasion.

Ostmark is a multi-ethnic country whose capital of Vienna was famous for its art. Although Ostmark is very culturally developed, it lacked an effective military, despite ironically also being a military hub for the various military powers to cross train in military exercises. They had trouble training their witches, and development of witch weapons (presumably strikers, witch combat guns, and other associated equipment) had regretfully stagnated. As a result, Ostmark was ultimately unprepared to resist any kind of military invasion, let alone by the Neuroi. In 1939, despite receiving reinforcements from numerous countries (and such reinforcements limited to mostly observation roles), Ostmark fell to the Neuroi, and as of 1944, is still firmly under Neuroi control and occupied by a dense multitude of hives. 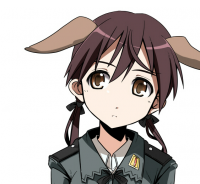 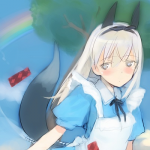