The Patton Girls (パットンガールズ) are a unit of land battle Witches under the command of General Patton and belong to the Liberion Army's II Corps. All three confirmed members seem to be using M4 Sherman Striker Units.

Outside of the main three confirmed members of the unit are also a number of unnamed witches that also make up the overall unit roster of the Patton Girls. 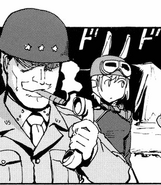 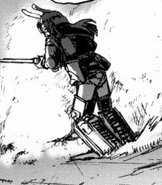 Close up of unknown Patton Girl with an Rabbit Familiar

Patricia and an other Patton girl photographed in 1943 by Katou Keiko
Community content is available under CC-BY-SA unless otherwise noted.