Shibuya Inori (渋谷いのり) is a witch of the Music Squadron, originating from Fuso and attached with the Fuso Imperial Army. Her nickname is Inorin.

She is from a military family and her father is a military officer stationed in Britannia.

A girl with a gentle personality. Generally kind and very introverted, she's a regular Fuso Nadeshiko. She is usually calm and takes a step back from her surroundings, but on rare occasions she shows a side of her that will not budge when she decides to do something. She takes on the position of the protagonist's big-breasted best friend.

Within the unit, she is in charge of vocals and music composition.

The Music Squadron use the AT-6 Texan, a trainer made in Liberion. This striker unit is used in the Britannian Commonwealth as well and nicknamed "Harvard" there[1]. 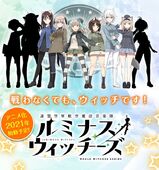 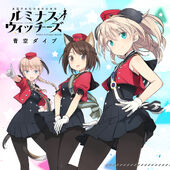