Shimohara Sadako is a Witch of the 502nd Joint Fighter Wing, originating from Fuso and affiliated with the Fuso Imperial Navy.

Born in a family of scholars from Fuso, she herself has an interest in literature and history and once thought about carrying out research on that in the future.

Sadako applied for the Naval Flight Academy following the manifestation of her magic powers. Ever since then, she would handle anything flawlessly, being particularly good at classroom lectures because of her parentage and being above standard even in practical training. After graduation, she was appointed a Sergeant and deployed to Europe just like that.

During her time in Libau, she received a strict coaching from Sakamoto as her subordinate. For a while, Sadako was unable to keep up with the strictness of that coaching, often throwing in the towel and running away, frequently being comforted by Takei when she was crying. However, when she advanced into the Karlsland district - Europe's most closely contested area - said experience gave her confidence, making her feel thankful towards Sakamoto. Later, Sadako stated that she was able to bear with Libau's harsh battlefield to the end and learn a method of fighting just to survive the Eastern Front thanks to that training.

Although she does not have magic needles to use wide-area search abilities, she received intensive training on the Karlsland-style of nighttime combat due to an increase in night raids against the Libau base. There were also occasions when Sadako participated in nighttime combat along with the ground command post and the Night Witches team that deploy in the outskirts of the 502nd JFW, producing joint military gains.

Using her cooking as a trigger, Sadako formed a casual relationship with Pilot Officer Kanno from the same unit, who is known for her hard to please personality. This situation turned into a target for jokes like "parent and child?" and "successful domestication by feeding". Because of her obedient personality, Sadako is often seen with Pilot Officer Lemare, who is her best friend and refers to her as "Sada-chan". They tend to get excited about some girlish topics appropriate for their age.

Warm, nurturing, and tirelessly helpful around the barracks, Shimohara acts as something of a mother figure in the 502nd, although her fondness for cute things (which includes some of her squadmates) and propensity for hugging has led to a "creepy old man" aspect of some portrayals.

She is both a talented and passionate cook, especially with regards to Fuso cuisine, for which Flying Officer Kanno is especially grateful, although it led to a fondness for Fuso cuisine amongst the entire squad. Her specialties are nikujaga and miso soup and she tries to get supplies from Fuso to prepare them whenever there is an opportunity. Also due to having once set her sights on literature, she cherishes the Fuso culture and attempts to propagate it in the 502nd Joint Fighter Wing whenever she can. Her private belongings mostly comprise of Fuso novels and clothes. She was the one who brought in the culture of "seiza" into the 502nd JFW, but the fact it would be employed for disciplinary measures and not for mental training and etiquette as she expected was a miscalculation from her part.

Shimohara's inherent magic is a yet unnamed composite magic eyesight that provides both long-range vision and night vision. Adept at patrolling and being vigilant to the surroundings, her ability to sense danger is high. Teaching others is the only thing she is really poor at.

"Looks like Kanno and Nipa have been ordered to do seiza again..." 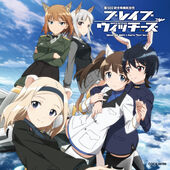 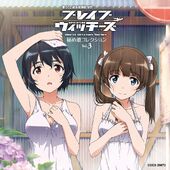