The layout of the show alternates between two patterns each week. The only parts where they're in character are the opening and ending skits.

footnote: Whenever they use your letter, you get a promotion. Eventually, you reach a point where you have to take an exam to get promoted to Sergeant.

The transcript covering the events before the Eila and Sanya arrive in Romagna can be found here.

The transcript covering the events during and after their stay there can be found here.

The latest broadcasts can be listened to in Hibiki Radio. 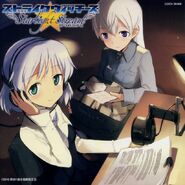 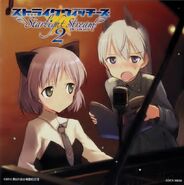 Volume 2
Add a photo to this gallery

Retrieved from "https://worldwitches.fandom.com/wiki/Starlight_Stream?oldid=17065"
Community content is available under CC-BY-SA unless otherwise noted.