This manga is a humoristic take on the series, and features the 501st Joint Fighter Wing during their everyday lives. It was later adapted into an anime, which premiered in April 2019. 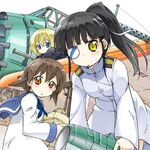 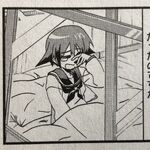 Add a photo to this gallery
Retrieved from "https://worldwitches.fandom.com/wiki/Strike_Witches:_501_Butai_Hasshin_shimasu!?oldid=24757"
Community content is available under CC-BY-SA unless otherwise noted.