The story progresses in an adventure mode and varies depending on choices, while fight training mode increases intimacy and experience. As a result, the game switches to skinship mode. During this phase, the player plays as Miyafuji Yoshika and massage the Witches with the touch pen to make them feel comfortable. However, if they are touched too persistently, they might dislike it.

Two editions of the game were released, the regular edition and the DX pack. In the later, the game was bundled with a 501st Medical Unit 22x49cm bag [1] which contained a first aid kit. 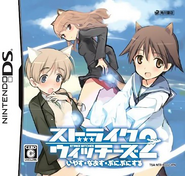 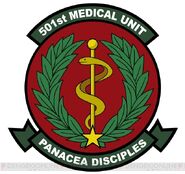 501st Medical Unit badge
Add a photo to this gallery

Retrieved from "https://worldwitches.fandom.com/wiki/Strike_Witches_2:_Heal,_Cure_and_Squish?oldid=25514"
Community content is available under CC-BY-SA unless otherwise noted.