Suomus (スオムス ?) is a country in northeastern Europe, more or less equivalent to Finland. It is the location of the 507th Joint Fighter Wing's Headquarters. Suomus name also comes from Finland's Finnish name which is "Suomi".

Their nation's insignia seems to be a blue hour-glass with a lighter blue background outlined with a white circle.

The Suomus cities marked on the World Map include: Kauhava, Helsinki and Lieksa.

The population of Suomus is small for its land area, but like Fuso; it has a noted feature of boasting strong witches in its populace, though likely only to a somewhat lesser degree compared to Fuso (presuming if it's in relation to pure magical power).

Although Suomus doesn't have a large weapon production capability, it in contrast possesses a good maintenance capability and many different countries are noted to supply weapons and munitions to the nations military and it's efforts. The 507th JFW anchors the nations defenses, and are considered to be at the forefront of what has been called "The Northern Front" against the Neuroi forces. 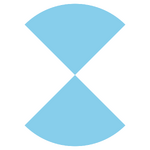 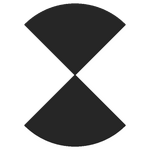