The game contains an original story taking place in 1944, where witches from all over the world gather. The player will be in the role of the new commander of the 509th Joint Fighter Wing (a fictional unit composed of existing witches from other units), and face this global crisis.

This game is an Omni-directional shooter with 3D models. Like in Strike Witches: Silver Wings, the player can form a team of 3 Witches, and control the leader of the team. Each character has a special skill that can be activated during the battle. It will be possible to play the battle phase in real-time multiplayer up to 4 players. An auto-mode is also available for those who are not good at shooting games or don't have time to play on manual.

It features a gacha system in which in-game currency or real money can be spent to draw characters, assist cards, memo cards and outfits. Outfits can be changed in the lobby.

It also contain a bonding system, in which players can deepen their bonds to the witches by offering gifts and interacting with them. Increasing the bond will unlock the character's story. The characters can be leveled, and the Striker Units and weapons can be improved.

The story mode is in a visual novel format, with a main story and unlockable characters and event stories. 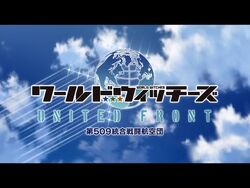 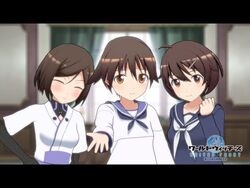